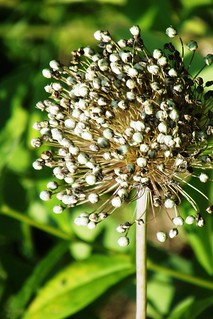 I’ve put my Friday Five list on hold for now so this won’t be one of those posts.  One reason is, I’m sort of veering away from the focus of the list and that’s just not what that list was supposed to be about.  Secondly, I am trying to post more rather than just punctuating this blog with the latest iteration of the list.

I’ve been waking up early the last couple of days even if the sun hasn’t been rising as early as it used to.  The cold morning air is coming in from my kitchen window, and although I am tempted to close it, it’s still pleasantly cool and I just want to enjoy that along with the peaceful quiet surrounding me.    New York is getting colder with the onset of fall — but just Baguio-like as I have been writing two friends who are visiting the big apple the coming days.  (No thermals necessary!)

While I don’t like the fact that summer is gone, I love autumn for its glorious colors and dramatic shift which allows us to settle nicely into the cold of winter.  After 15 years in NYC, I am still awed by how the seasons can shape and literally color our lives a different hue each time as they come and go.

I have been very busy lately but I’m still trying to work on my projects.  Yet looking back now, I realize I really haven’t done anything new until the last couple of days.  Summer started with all these plans of maybe taking some lessons as suggested my fashion designer student friend, Laine, to hone my jewelry making skills.  (Didn’t happen.)  I was thinking of taking a day trip somewhere I’ve never been ON MY OWN, just for the adventure.  (Again, didn’t happen.)  Brings me back to my daring adventure to Chartres, France, a couple of years ago — hence the Throw Back Thursday post on Instagram with a favorite window pic from there.)

This week, though, I managed to actually try one of the new places around my building that I have been meaning to go into after walking past it more than a dozen times the last couple of months.  I finally got a friend to go with me to just try out Mexicue on 40th street and I liked the atmosphere although we didn’t really go there for the food.  (Trying to diet for the wedding next week in DC.)  I finally signed up for online ordering at Kobeyaki so I could eat their food without having to eat there with someone because I hate eating at restaurants alone!  (Fast and efficient and saves one the trouble of going through the longer lines.)

“New” doesn’t have to be grandiose or a big deal.  You just have to get out of your comfort zone.  You can try doing something a different way.  You can finally pick up that instrument you’ve been meaning to learn.  (The violin, for me.)  You can walk a different route from the one you’re used to taking.  You can be brave and do something you think you cannot do — trying alone is something new, and you might just surprise yourself.

You might find that that restaurant you’ve been eyeing is actually a cool place.  The things you can actually do if you only mustered the courage to do it might blow you away.  The thing you keep saying no to and which seems to keep dogging you might be a good choice, after all.  A friend had suggested something to me which I said “no”, “no”, and “no”, to.  But my friend persisted, and I relented.  And it was cool.  I had fun, I had a ton of laughs.  Sometimes you just have to try and say yes more often than continually saying no because that’s new to you.