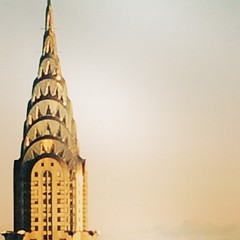 I started writing this post Saturday morning when I was a little off, having stayed up the previous night talking to the folks on the other side of the world back home — catching up.  That’s one thing I like about Fridays — I need not worry about the following day being another work day — although there are week nights when the tolling of midnight doesn’t really matter and I find myself sleeping later than I should.  Going on 15 years now living on the other side of the world, I’ve gotten good at finding ways and means to keep the conversation going despite the distance.  The time difference can be a problem but it just means adjusting to the fact that the sun being up here means it’s evening or morning back home.  So it’s late night for me or for them — the point is, you stop thinking of timezones.

Still, I marvel at how communicating in our every day lives has gotten much easier with all the many forms of pinging someone even halfway around the world.  And yet there are many instances in our every day lives when we fail to keep the lines open, and something drops.  When things trail off and then there’s silence.

Sometimes it’s easy to reopen the lines.  There are people in our lives who can come and go without us feeling their absence.  You know, those friends who can be “absent” for months on end and yet when they return, it’s as if you just spoke with them yesterday.  And there are those who just fade away.  It’s strange that I used to think that was sad.  These days, it’s just life, that’s all.  I’ve had former friends who went that route.  Just one or two.  One, I didn’t really care about.  (Crazy Korean woman married to a friend of the hubby.)  The other I had known much longer, and from whom I had expected more — but then again, not everyone can live up to our expectations, just as not everything turns out the way we want them to.

I’ve come to realize that those who keep the conversation going are the ones worth keeping.  Friendship, or any relationship for that matter, requires work.  You cannot just stay quiet or just say there’s always next time or I’ll say hello, eventually.  Maybe I’m also at fault for thinking that way about some friends.  Wake up call, it is.  Or not.  Some people we care about, others we don’t.

Some conversations we can keep going, others we don’t really care about.  In either case, it’s a deliberate effort — it doesn’t just happen.  As Randy Crawford used to sing.. “One hello… is how it starts..”