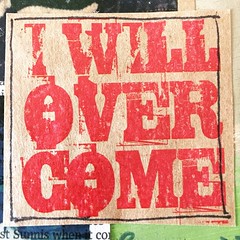 Back to the art journaling.  I have been slow with the journaling and started writing entries for the previous week only last night.  After I had finished for the evening, I went over the earlier pages and found myself at this entry I put in a year ago.  (And yes, the second word was broken up into two just to make it fit into a square word art.  I can spell.)

At the time, it was the inner me trying to push myself to go on in the midst of all the challenges that I was trying to cope with.  I felt like I was drowning in anger and pain and I didn’t know which way to go to make myself feel balanced again.  I was having palpitations that were so strong they made me cough — I would sometimes be walking and angry thoughts would overtake my heart and I would be filled with such rage I often found myself on the verge of tears.

I was at the lowest of lows that I told myself I will never say anything was the worst, because the worst might be yet to come.

Did I succeed and pull myself out of my lowest of lows?  I think I did overcome — and I managed to get back on my feet again.  A lot has changed.  A lot in me has changed.  I found me again.

The head strong, confident and practical minded me is back.  Less angry, not as easily hurt, and more focused.  It was a long journey, and I’m still on that journey — but I’ve come very far from where I was a year ago.  Yes, I did.

No one told me about the science projects being part of motherhood.  Don’t get me wrong.  I’m used to this — I used to have my brother, Nikki, sit in front of me while I did those projects.  Then when everything had been submitted, I would ask with pride — “What grade did I get?”  I am trying not to be as lenient with Angelo now, so we are doing the projects together.  Science projects can be quite the task to complete even when you are just supervising.

I was told this ends here.. I hope.  Or maybe not.  The project has been finished finally… now Mom can breathe a sigh of relief.

Another freezing week in New York City.  When are we going to see spring?  We didn’t quite get as much snow as last year’s, but the termperatures have been brutally cold.  For the first time in my 15 years here, I saw 1 degree.  I almost turned into a popsicle.  The good thing was, double leggings and double and triple sweaters did the trick.  And I was careful not to breathe in the freezing air except through my infinity scarf.  That helped.. a bit.

So the week has started.  It’s been good — so far.  I’m trying to take things a day at a time.  Monday has been good so far. 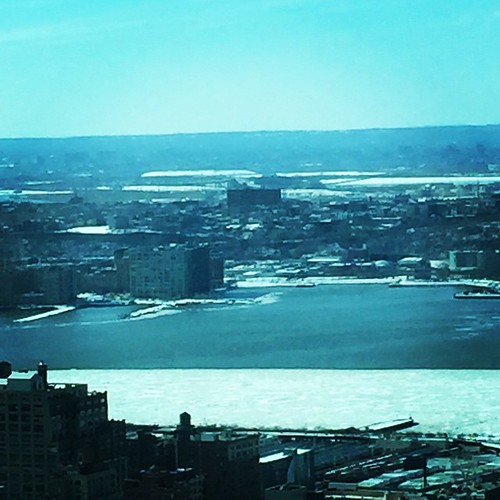