I had promised myself I would try to turn in early today, but just as I was about to call it a night, I found myself drawn to my laptop to attempt a last minute post that I hope will be published Monday.  (There’s a way around that..)

I had started it on the way home earlier but as always, a hundred and one things got in the way.  This is supposed to be a hodgepodge of thoughts that I try to pull together most Mondays.  There are times when I succeed in actually starting the post even before Monday hits, but this weekend was pretty busy and today was particularly chaotic.  I just hope things eventually ease up midweek on.  Tomorrow, hopefully, will not be as brutal.  This is not meant to be a coherent post — more like an enumeration of shot quips.  Be warned, though, that brevity is not one of my stronger suits.

“Where did the other sock go?”  Don’t you just hate it when you find yourself puzzled as to where half of a pair of socks suddenly goes missing?  I probably have like a a whole shoe box (if not more) of them tucked under my bed, because I just can’t throw them away as I constantly hope to find the missing half.  Maybe someone picked them up by accident?  Maybe I missed the hamper when I took them off and the other half landed somewhere else?  Maybe it’s true that the laundromat actually “eats” socks.. but almost always, just half of a pair and never both!

I’m loving French Onion Soup these days.  Blame it on Maison Kayser.  I’ve been there at least once a week, and usually to have a bowl of their French Onion Soup.  We have one close by on 40th between Fifth and Sixth Avenues by Bryant Park, so if you’re in the neighborhood, go try it.  I heard, though, that the Tuna Nicoise wasn’t all that fantastic. 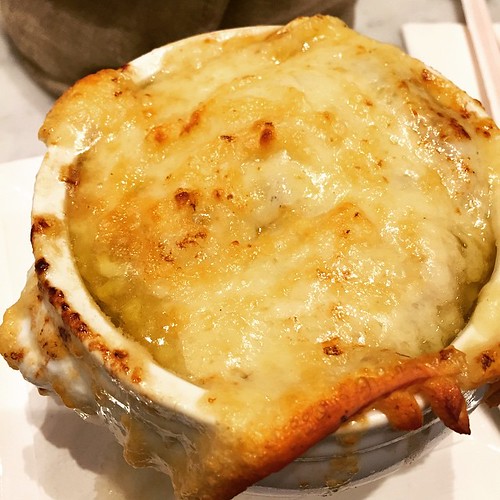 Snow on the first day of spring.  I found myself visiting a friend somewhere around Central Park West last Friday and finally fulfilled my wish to photograph Central Park in the midst of a snowstorm.  It was just totally awesome to be there, umbrella in hand, trying to keep the huge flakes from hitting me, and snapping away on my iPhone.  I managed to grab quite a few shots in the midst of it all and even that, in itself, was quite the experience.  I would’ve gotten further into the park, but it so happened I was wearing the wrong boots and just couldn’t risk getting all wet and soggy, or worse, slipping in the snow.  Sometimes I just get lucky.. like Friday.  I will post a photo essay on the photographs I managed to snap up — soon. 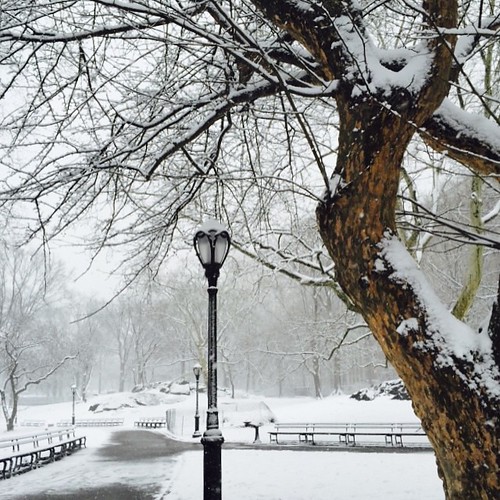 And yes, Spring finally arrived!  I spent the weekend going into the city to browse some stores and try to find the elusive gown, and while New York continued to be chilly up to Monday (and tomorrow, reportedly), still, it was evident that the snowstorm of Friday didn’t quite stop Spring from finally arriving.

The snow is gone.. the air is crisper — and while we’re all tempted to dress lightly — we’re not quite there yet. 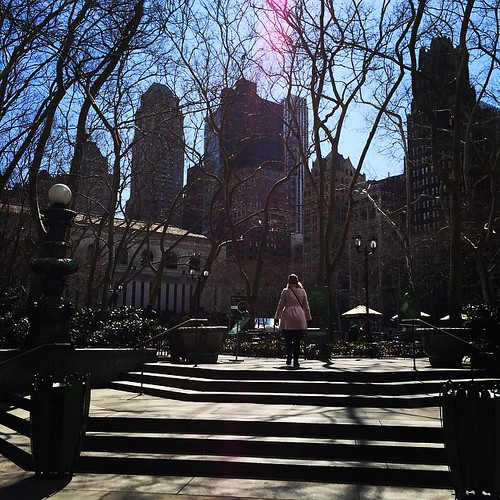 Another week and another season begins.  I feel as though I am beginning so many new things this week, some of which started the previous week.  New resolutions, new realizations.  You come upon the not so obvious things that make such a profound impact on the way you view things when it finally hits you.

You find yourself more daring, and more easily given to taking a chance.  Maybe it’s because I’ve been through so much in the last 20 months or so that I feel I can weather most anything, at its worst, and it’s about time I reaped the rewards — if I get lucky and I end up with a win.  Sometimes, even I surprise myself.  A friend told me I was brave — I said, I think not.  I can’t explain why certain decisions I make now are the complete opposite of what is expected of me.  Maybe I’ve stopped trying to live up to expectations and instead am trying to live my life the way I want it — keeping on my journey to happy with a better focus on taking care of me.

So goes life.  Happy Monday, everyone.