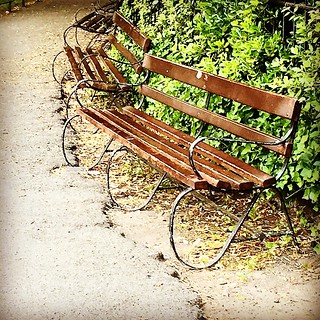 I can’t believe it’s been almost 20 days since I successfully published anything here. Again, not for lack of trying. I have a draft post that started as a “Monday Musings” entry (one of those weekly habits I am trying to keep rather unsuccessfully..=(.. ) — and which is still languishing in my “draft” folder here. Anything that “old” will usually be deleted. Maybe.

Once again, life, work and everything else has taken me over.  But I’m in a very good place.  Getting to the “good place” doesn’t always entail ease, but being there is an accomplishment in itself.

So I woke up before 5am this Friday morning.  It wasn’t the sunlight because even now, the sun is still struggling to be seen beyond the clouds that are supposed to be with us all day today.  A quick scan of the weather says cloudy all day, and I’m not complaining because there’s no ‘rain’ icon in the day’s forecast.  I guess I was meant to wake up early.  I grabbed my phone, turned on the computer and here I am.

I have to try and stay on point with my lists better.  I have stopped doing the Friday Five habit only because I ended up not doing anything on that list.  (I have this blog staple where I list down five doable tasks for the weekend and the week ahead..  Maybe I should go back to that?  Maybe not.)  The idea was to keep my focus on those five simple tasks to enable me to accomplish some things during the weekend.

This is a summer of new beginnings.  I’m trying to stay positive and embrace the new with a sense of optimism.  There is a lot that I had put on hold which I need to go back to.  And there are many things which I have to tuck into my attic and list as “done” and move forward from.  It’s like going through one’s closet when you’re trying to trim down what you have.. you have decide what to keep, give away, or throw out.  (That, in itself, is already a blogpost.)

I have many stories that are waiting to be told.  (One, my accidental foray into Eataly one Sunday I went into the city for yarn.. Two, my new favorite place, Flying Tiger… and three, my recent trip to Ireland.. Four, a gnawing yearning to learn to sew — ! — .. and five, doing free form crochet .. and then six, maybe returning to my jewelry making.)

Ah… new beginnings… and also picking up from where I left off.  I wish writing here was as automatic as thinking.  With all that’s been happening in my life, it would be nice to just be able to write something spontaneously and see it published.  But there have been times when that can be difficult given all that life entails.  There are things that are too close to the heart that are difficult for me to just declare to the world with wild abandon.  (Someone used to say I blog about everything.. not true.  Spontaneity sometimes engenders a sense of openness but there are many things that I still prefer to keep tucked deep in my heart.)

Seven – I have books waiting to be read! Don’t even get me started.  Halfway through 2015, I haven’t read a single book which means I have to catch up on at least 6 quickly.  The goal was to do one a month — at least!!  I need to get that list going.  One of the things I often find myself wishing I did more of was read.  These days, though, I have been watching more movies in my spare time, going through a list of “must watch” movies recommended by a friend.  (eight)

It’s 6am and I have to get ready for work.  Curious about what I’m counting?  Blog posts / stories that are waiting to be told.  (Yet another list!)  I can hear the birds chirping happily outside, and the rest of my New York must be up and about if not waking up to this Friday morning just about now.  Time to get going.