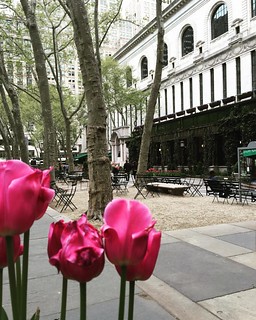 I remember not too long ago, there was someone who told me flatly he could only help one person at a time and he turned around and “left”.  Some things just stay with you.  Even if not for the magnitude of it, but simply for the profound effect its brutal frankness has on you.  Another weird analogy:  a knife and an ice pick can inflict as lethal an injury as the other.  So it’s not size.  It’s all those other things that make it hurt.

I guess I’m just not that type of person who would say no or refuse to help unless it was absolutely impossible for me.  And always, if I can’t, I would find a way to find someone who can.  But that’s just me.

Again, someone was talking to me about “default settings”.  Some people are just wired to try their darnedest to help.  (Reminds me of Sir Davos who asked the forlorn Melisandre to bring back my fave Game of Thrones character, Jon Snow.) You just can’t give up.  I know I don’t easily give up.  Not on life, not on me, not on others.

So even when it seems I’m not accomplishing anything much, and I am almost “stalled”, I tell myself, “Get up and try again.”  Or simply, “Go!”

Again, I’ve fallen behind in my craft space, although I have a post (or two) in the works.  And I’m behind responding to queries from the thirty or so people who actually read my blog. (Ha!  And yes, post is being drafted.)

Right now, work is good — busy but in a good way.  And slow though it may be, I think my plans for rebooting my life in general are well underway.  Still, I feel like I could’ve done more or want to do more and haven’t.  Going back to my ‘lists’ helps.  But there are those days when you just freeze or vegetate and not do a thing.  Not good.

I am my worst critic.  For the longest time, I listened to someone whose opinion mattered the most to me and believed I was less than who I was for failing that person’s expectations.  Then one day, I just woke up and realized the person I was looking at in the mirror wasn’t me anymore.  That “me” crawled out from under and shed that exterior that wasn’t mine.  I look back now and realize I had let myself down.  But I’m back.  I like “me” as I see her now.  I actually believe I haven’t done so badly the last couple of months, and things are only getting better.

I’m trying to catch up.. getting there.  Post done.  There.