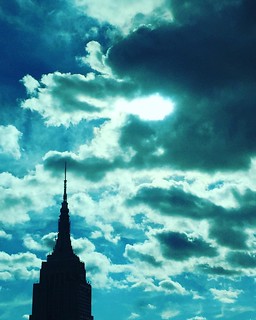 I started writing this post Friday but had early on decided it wouldn’t be a “Friday Five” post.  Yes, that’s me, pretending to go against the norm.

The previous week had seen me working hard and I was mentally and physically exhausted as my weekend began.  So this weekend was all about more planning and getting ready for yet another long week ahead.  I was hoping to put up my Christmas tree (– note that the goal was to put it up, not decorate it yet), but that didn’t happen.  I have been trying to decide on my Christmas card (to make or to print?) but I have the idea but have a lot of refining to do on that end.  I had hoped to find and finish some jewelry pieces (for me, and to give as gifts) but I had gotten so wrapped up watching “Westworld” and catching up on “This is Us” that you guessed it, I didn’t quite get to even beginning.

I had been lugging my book in my tote all week but only to move less than a dozen pages, and I said to myself, there will surely be time to read this weekend — and again, I was wrong.  Sometimes we start the weekend with all these grand plans and find ourselves nowhere near getting to any of those things we thought we would be able to do.  I used to feel so disappointed, but I have learned that lists, at most, are for guidance.  Weekends are supposed to be a time to chill, and chill, I did.

We’re counting days to 2017 and I’m kind of sad to see 2016 go with so many things still up in the air… I have to move in one direction or other, not out of necessity or desire to, but because the world is just moving faster than me.  And it’s not about pushing or being pushed– life just doesn’t stop for anyone.  So while I don’t always move in the way and towards that which I want, I try to keep moving and to keep going.

So I went down to the city to do some errands and get my week started early this gorgeous Sunday.  For once, the bus was not rerouted, and we actually made it in on time.  And for the first time in many weeks, I got my fromage (cheese) dinner rolls from Madison Kayser.  Happiness that was under $2!!  I would have wanted to sit down and have my French Onion Soup, but I didn’t have the time.  I really didn’t have much time for everything I had wanted to do which would’ve required a day and a half but I got to do enough to make it feel like real “me time”.

I guess that’s the reason why I don’t feel like the entire weekend flew by with nothing accomplished.  I was able to spend time to do some things that were solely all about me.  That makes for a weekend well spent — and a productive one, at that– for me.  Hope yours was, too.