I promised myself I wouldnt write about how cold it is so I will skip to what i’ve been up to. Yes, I have been busy.

Busy. Since I do have a day job, most of my waking moments have been preoccupied with a task that actually helps to pay the bills. When my focus is required, I tend to drift towards these things that actually translate into cash at some point or other, and it has been busy enough that I have gone home exhausted and sometimes I just choose to sit and rest. So things like writing tend to take a backseat. Half a dozen drafts started but none finished — and I don’t think it was for lack of trying, but rather because my brain was too tired to get anything coherent together.

Bead busy. For the past couple of weeks, I’ve actually been deep into organizing my craft supplies. I had hoped to start creating again for the shop, but between the mental and physical exhaustion from work, I haven’t had much of a chance to really sit and create. I do think I’m making progress. I had a tendency to separate working supplies into bins and then forget to return the left over pieces to their original trays. Then there are the bits and pieces and parts of a strand that fall out of the tray that never find their way back. So for now, I’m sorting by kind. (Glass crystals, Czech pressed glass, freshwater pearls, gemstones, metal findings.). 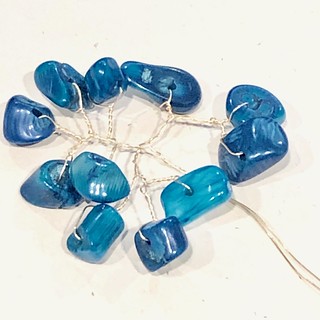 I am also trying out a new way to pull the beads together, basically vine wrapping the wire to form a branch of something. I pulled it together into a brooch and I wore one last week for a test run, and I think it held up well and got a few nods. I’m getting to that point where I will be working on more pieces for the store. More to come!

Art journaling reboot. Funny how I wrote my first post today and it was about the gigantic headache I was having and mom being sick. You think of journaling in terms of profound brush strokes and big tapestries and you find yourself going back to basics. At least it’s moving. 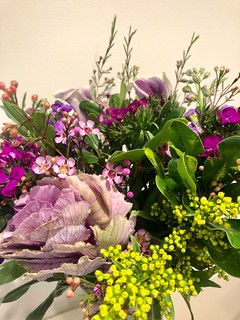 Simple gestures that make their mark. I know it’s Valentine’s and no, this is not from an admirer or a suitor. It’s a spontaneous gesture from the boss who saw it in one of flowers shops here in Grand Central when she went for her afternoon coffee. I am grateful. I think it’s the universe speaking to me.

I had been rather restless the past couple of weeks and I have been told time and again to not stress about things. Doubts crept up and overtook me — and they were difficult to shake off. Countless questions raced through my head — many remaining unanswered. And then this.