.. we actually wrote letters. We even collected those scented stationery sets. Remember Betsy Clark? They came in beautiful hard boxes and were imported from the US. Then there were pads and this thing we called postalettes. They were foldable tri-fold cards that were lined on the inside for you to write on, and it folded into a self mailing card that you sealed with a sticker and put a stamp on the front to mail. (I can hear the millennials wondering what am I talking about!) 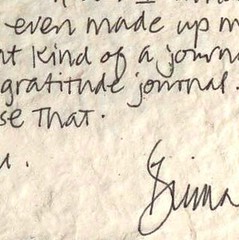 I collected them and traded them with friends who collected the same. We never really wrote on the pieces that were part of our collection, but we bought specific sets for us to write letters on. We wrote letters to friends and even got an oocasional request to write a “Palanca letter” to someone attending a spiritual retreat. These were words of encouragement or spiritual guidance which were given by friends and family to those attending a retreat at the end of their journey of introspection and enlightenment.

But on a day-to-day basis, we wrote letters among us friends and exchanged these in person, even if we were classmates and saw each other practically everyday. There was no email and we didn’t have cellphones yet. Things we didn’t get to say to each other when we were together were said in writing. The letters themselves were part of a continuing conversation between friends.

I kept those letters for the longest time. While I had thrown away most of them with the moves I’ve made in the last two decades, I still see one or two pop up amongst old things I had managed to hold on to.

These days we email, message via text or chat and only write business letters — and only when needed. Letter writing is slowly disappearing. Sadly.

I still say that nothing beats holding a letter in your hands and being able to go back to it later to read and hold those words and feelings close again. Sure, you can go into your inbox and go through your emails and read them– but it isn’t quite the same.