I remember the last time I was in Manhattan after our company ordered everyone to work from home. Someone I considered a daughter was visiting from Manila, and although we couldn’t go around, we agreed to meet at the apartment where she was staying to spend time catching up. That was in Mid-March, and I braved the city choosing to ride Uber going in and out. The city that never sleeps was practically quiet, with only a smattering of people here and there. Traffic was light.. most stores were closed.

I finally returned to Manhattan last Friday, and although the vibe is nowhere near what it used to be, it was a better cadence and more people were out and about. 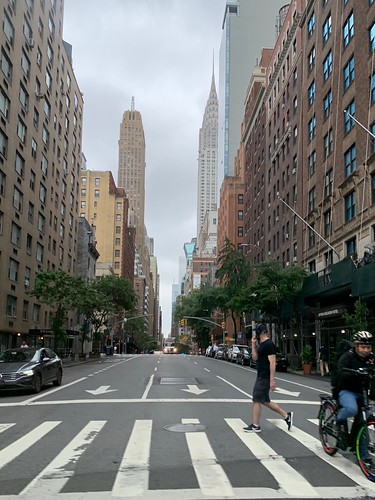 Traffic wasn’t as light as the last time I was here, but it wasn’t as busy as I was used to. Most people going about their business were wearing a face covering. Masks, after all, have been mandated all over. 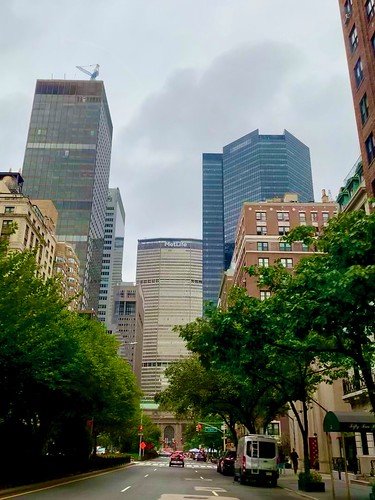 It felt different. It was almost like there was an eerie whisper in a place that was always buzzing with life. I passed my building and wonder how it is over there now — yet I wasn’t curious enough to venture that way. It can wait. We are, after all, still officially working from home, so much so that I have indicated that in my voicemail. We don’t know yet when we will return to the office, but I am not excited by that thought. 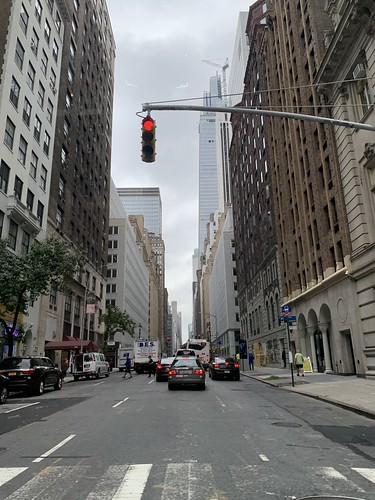 I feel grateful to be able to work from home, spared from having to deal with the anxiety and stress of commuting. Or of being in an enclosed space with others — and that was never even a thought before we were all overtaken by the virus. Not that I wish this to be permanent, but I know that I am not quite ready to go back yet. 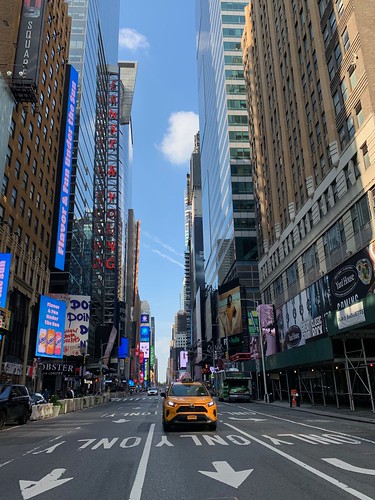 Even Times Square which would usually be teeming with people all hours of the day was somber and quiet. The lights were still on like they always have been, but the place seemed to have been sucked of life with the absence of the people of all races and colors walking its streets. 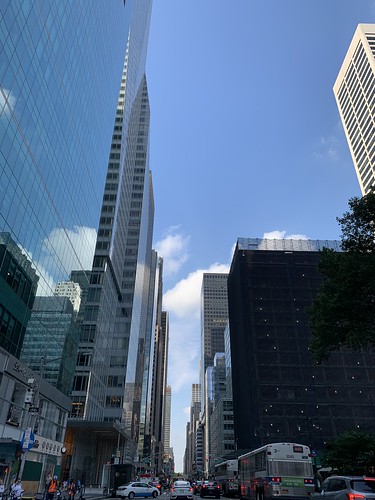 It’s so deceiving how the skies are blue and everything looks sunny and bright — and yet there is a pervading sense of gloom in the streets as many stores are shuttered, and there is a pronounced thinning of the usual street crowds. Restaurants are still not allowed to do indoor dining. Some stores have signs on their doors saying that they have decided to close their shop/restaurant indefinitely. And there are the boarded up windows on the storefronts that fell victim to the looting of several weeks ago.

It feels as though the city is in a state of limbo. As if everything is suspended. 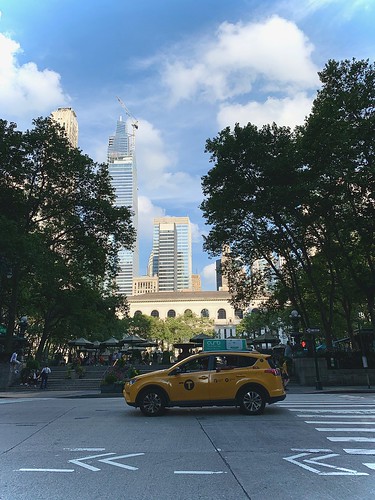 Even my beloved Bryant Park wasn’t the same. It felt like a weekend morning when it was actually late in the day and a Friday. There were paths specified in the park and various signs around.

I terribly miss how the city used to be. But I missed it plain and simple that even in the midst of all that is different now, I was grateful to be back even if only for a short while.

The Whole Foods across from the park was closed. There was a sign saying this branch serviced online orders only and it appeared that this was their distribution center. Most fast food stores were open only for take out or delivery. The offerings were limited. My favorite Maison Kayser had signs that they have decided to close their stores temporarily. The hours were severely shortened. Most stores that were usually open even on weekends were now closed on Saturdays and Sundays. Most of the stores screamed “We’re Open” in signs, both handmade and professionally produced, just to distinguish themselves from the other empty stores that were everywhere.

I could actually feel the city moaning in pain. But what could I do. Like the city that never sleeps that now seems to be bedridden and chained down with limited movement, I’m just riding the pandemic out.

I don’t want to hasten a guess as to which stores will be around when this is all over. The prognosis is not good. The business landscape of the rows and rows of stores here in the city will certainly change in big, bold strokes when we return.

It is a sobering reminder that nothing is permanent. Even the greatest city in the world can be cowed into submission. What I know is that no matter how bad things get, this city will overcome. We’ve done it countless times before. In the gloom and doom and the sense of loss of 9/11, or the pain that became manifest in many stores succumbing to bankruptcy in the economic downturn of 2008 — and even now, we have come back.

It may be a slow one, but we are getting back up on our feet again, come what may.