Every year, when this day comes around, I remember where I was and all that happened 19 years ago.

Last Friday, I wrote on Instagram across my accounts:

“One week after, we returned. I was there when it happened, on the other side of Wall Street, closer to the water. I saw paper flying everywhere when I got out of the subway not knowing the first plane had hit. I went to work and started getting the calls from other states and even from Manila, asking if I was okay. Then I heard the explosion of the second tower getting hit. I saw the rolling plumes of dust and smoke when the first tower collapsed. And then the second. We couldn’t see across the street as the building disappeared in the thick dust. I waited for hours before deciding to walk home with some coworkers. Dead pigeons littered the streets, overwhelmed by the soot. I finally came upon a working subway station around 14th street and I took the subway back to Queens. So many lives lost in what was a senseless attack. #gothamchickwasthere #weremember911 #gothamchicksays 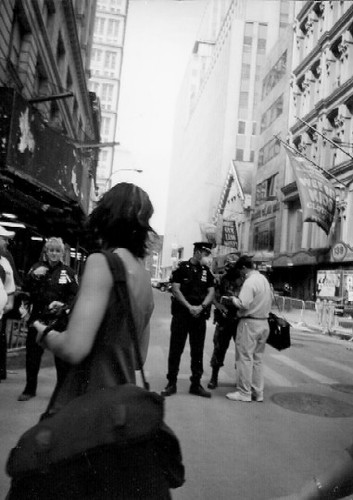