It’s Sunday and I’ve done half my step quota for the day, walking/jogging on my way to pick up a 5lb tub of peanut butter. (That’s another post altogether..). I gave myself the luxury of sleeping in this morning, in large part due to waiting up for the 16 year old who went to a friend’s house to watch the boxing match last night. I thought I’d pick up brunch at the Paris Baguette along the way and sit and just enjoy a moment of quiet.

I needed a “me moment” because I know this coming week will be busy at work. I picked up my treats, went to sit at what appeared to be a safely distanced table in the dining area and picked up my phone to read. It was a choice between the New York Times app and my email prompts regarding new reads from fellow bloggers who are among a handful I follow. I chose the latter.

I’ve always enjoyed visiting other blogs when I get the chance — it’s like a silent and extended conversation in my mind. It’s a source of inspiration and helps me to ground my thinking in general. These are the thoughts of people who actually find the same release I do in putting my words down into a corner of the web. I know how it feels — I can relate. I only wish I could do it more often. Alas, there are not enough hours in a day.. and there are a dozen things I wish I could do more regularly but have no time.

I read Island Traveler’s post where he asks the question: What Happens if U.S. Run Out of Hospital Beds and Medical Staff by Christmas? For the first time in a long time, I read a blog post from start to finish, actually tried to leave a comment but somehow didn’t make it through, and was moved enough to write about it here in my corner of the web.

Island Traveler is a blog by a fellow Filipino who had stumbled into me and thus started one of those silent conversations. He is a health care worker on the other side of the country. He has enthralled me with his photography and very profound photo essays. This time, though, he moved me just as another denizen of this great United States of America which, like most of the world, is currently in crisis because of the pandemic.

I felt a need to reply in a longer fashion here because I feel what he is saying. Literally.

Earlier during the infancy of this crisis, New York was the epicenter of fear, panic and death. We froze with the realization that we were being overwhelmed by a force that we had to race against. We applauded our front liners who faced the crisis head on. We appealed for federal assistance and help from the medical professionals from other states and they came. We all came together as a community to grieve the dead who had to be kept in refrigerated vans, with funeral homes backed up.

I watched the news almost the whole time I was awake, as I saw families with medical professionals going into their houses through windows and the basement or garage, and sacrificing not hugging or kissing their children for days on end, afraid they would bring home the virus to them. There were lots of tears for the patients who were dying faster than they could be attended to, and tears of fear for the scarce personal protective equipment they needed. There was burnout and frustration. There still is.

While life is anything BUT normal these days, we managed to get a hold of the situation. The ambulances that came to our aid with their first responders have gone home. The nurses and doctors who volunteered their time and expertise have since returned to their states– and are now battling the virus there. The behemoth Javits Center which was converted into a hospital was hardly even used– but we braced for the surge. It came– just not in the magnitude we were warned it would, because people listened out of fear.

Work and school shifted to home. We learned to plan our resources to cope with disappearing items from the grocery shelves. And while the virus hasn’t totally disappeared from New York, we lived and continue to live with the shadow of the pandemic hanging over our heads. Which is why I find it sad and worrying that many parts of the country continue to be in denial of the dangers of the novel Corona virus.

There was a very striking news interview a couple of days ago of a hospital worker who was in tears, relaying that even in their deathbed, some of those afflicted didn’t believe the Corona virus was real.

There are many who are still raging against the restrictions imposed by states that are now buckling under the pressure of dealing with this crisis. They equate the mandate to wear a mask as an impingement on their personal freedom. I say you wear a mask out of a need for personal protection and as a manifestation of respect for others.

The numbers have not started going down for the country. We are already being warned as a nation that a second wave is coming. That warning is really for places like New York where there was an upsurge and then a decline– but not a total eradication of the problem. The truth of it is, many places continue to be in crisis– where patients are overwhelming the system. What second wave? They are still in the thick of the onslaught of this unseen killer. Even outside the United States, other countries are beginning to feel the effects of an echo of the crisis.

We are a world under siege. And despite the promise of a vaccine or improved cures in the horizon, thousands are continuing to be afflicted and are dying every day. As individuals, we have to come to terms with the reality that although we may be unaffected, many others are not. Whether or not we know someone who has died of the disease, there are many others who are affected by it in their day to day lives.

We’ve had some scares but have managed to steer clear of getting sick ourselves. Negative tests are not a guarantee of safety, and are not a reason to relax our guard. As a non-medical worker or other frontline participant, I feel it’s my responsibility to help ease the burden by doing my part in trying to stay healthy. As we all should.

I say do more than applaud them.. show your respect by doing your part. Even just wearing your mask will help, no matter how inconsequential you might think it to be. 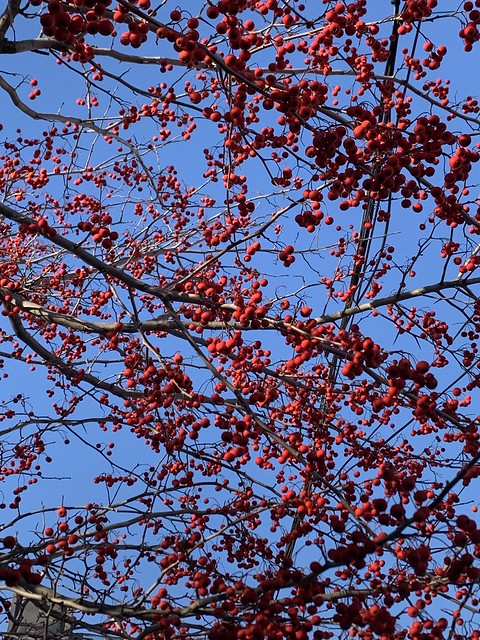