December has always been my favorite time of the year — no matter where I am, and even if memories of Christmases in Manila make me miss home all the more. Christmas in New York is a little less festive because we don’t all do Christmas– depending on one’s faith, it might be a Hanukkah .. or Kwanza..

Last Thursday, I was in the city for a doctor’s appointment and I decided I would go around and visit the usual places which were the festive manifestations of the holiday. This year, the lions adorning the front of the New York Public Library, Patience and Fortitude, have their customary Christmas wreaths, but are now masked. 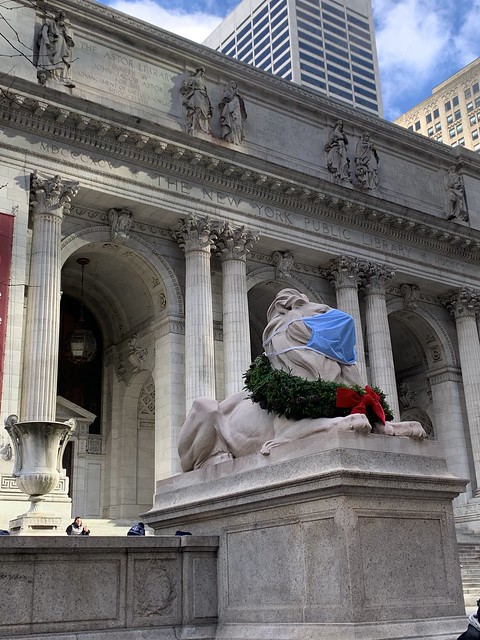 I wanted to check out the shops at the winter village in Bryant Park behind the library and found out that only a third of the usual number of stores and food outlets have been given space to allow for social distancing.

This side of the park right behind the library used to have two rows of shops facing each other but now have been left empty. 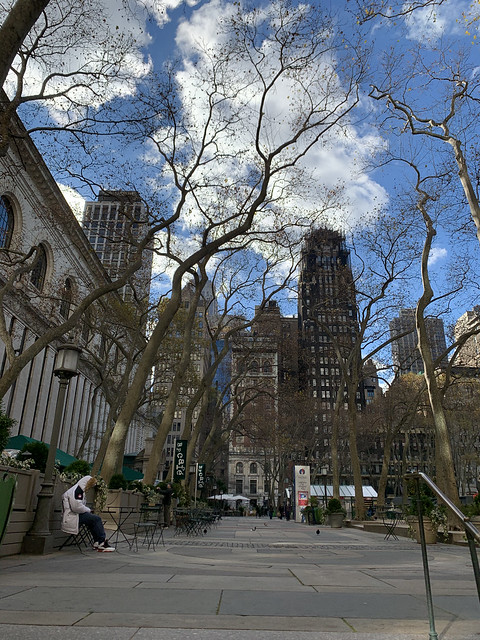 The seasonal restaurant is not up this year, and the skating rink facilities are all outdoor so there is no longer any enclosed waiting/changing station. What few shops that set up still bring us the holiday spirit, but it isn’t quite as festive as years past. 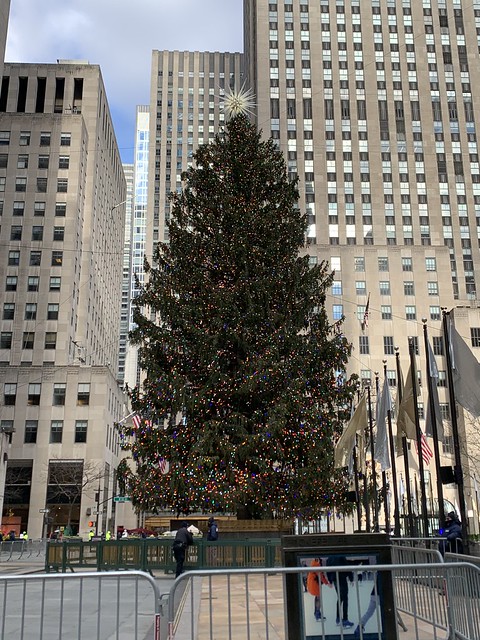 The Rockefeller Center Christmas tree is now cordoned off and the nearest you can get is at least 10 feet away through a directional path, where security personnel and denominated circles on the ground let you make your way closer to the tree.

The crowds were visibly thinner and there was a horde of security and police present. 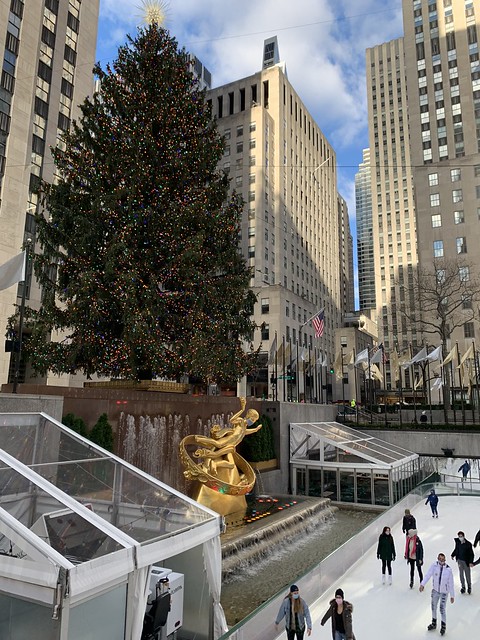 Even going through the main walkway where the angels with their trumpets blaring lead you towards the front view, allowing you to see the tree with the statue of a Prometheus under it as the skaters glide on the rink are now controlled and directed. Which is good given the current state we are in. 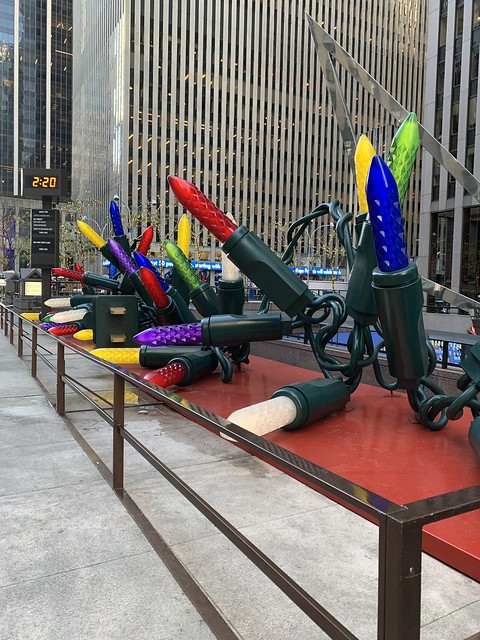 The usual decorations have sprouted up again but the crowds aren’t there. Although that makes taking pictures a whole lot easier, a visibly thinner audience around all this display of the holidays makes it less festive than we have been used to. But that is life now as we know it.