It’s a cold, cold Monday again in New York. (So what’s new, you might ask..) Well for one, I’ve been unsuccessful in trying to lose the weight I gained from the trip home. I know — I should give up as it’s an exercise in futility given the season, but I’m trying to get in control before I get beyond hopeless. The weather and staying home through most of the weekend just passed didn’t help. The flesh is weak, indeed. So yes, I’ve given in to seeking comfort in the warm embrace of my bulky puffy winter coat, even if I have a hard time navigating crossing the streets and anticipating oncoming traffic from the right and the left. I don’t know that I helped you visualize how that goes, but it takes a bit more effort. I also have taken to wearing the snow boots without the snow. At least I don’t have to worry about icy pavements and my toes will always be cushy warm. The things we do in the wintertime!

First Crafting Live Show on Youtube didn’t happen. I didn’t want to go about it without good planning. First, there was the problem of scheduling against already existing live streams from people I don’t exactly want to go up against. These are the live streams that I have been a part of in the last few months I’ve been a content creator. Then again, there’s the question of whether or not I want to hit the same “audience,” given that I am trying to cater to a different group. (Thinking on that!) The live streams I’ve been a part of have primarily been geared towards fellow content creators who are trying to get support for their own channel. It’s not exactly a target audience for the show I want to put on, but I am not discounting my fellow content creators’ interest in what I intend to show.

I did manage to create the intro, and should be able to do an extro easy. It’s taking shape and who knows.. I might actually pull off one this coming weekend.

Grabbing some proudly Pinoy holiday cheer. I ventured out to the Union Square Holiday Market last night to look for Chef Daniel Corpuz’s pop up shop. The boss is a certified chocoholic like me, but she loves dark as against my milk obsession. It also gave me a chance to get some content for the YouTube channel which I will post separately.

I love the feel of Christmas in these holiday markets which sadly, end on the 31st. So try and catch at least one of the holiday markets to get the full New York Christmas feels this season. There are actually a more varied group of vendors in this one because they allowed for small booths as opposed to full stores which can be heavy on the overhead. While there were a bunch of stores which are present in other holiday markets like the Winter Village in Bryant Park, there are artisans who have a store in only one — particularly the one in Union Square. I am actually planning to go back one time I’m not rushing through like last night, and hoping I can examine the stores more closely before they are gone!

It was a hectic Monday — so I’m finishing this the following day. The son is home so I rushed back to cook — something I truly miss since he hied off to college in the fall. It feels good to have him back but he is the same that he is not. Which is fine. Life goes on and I can’t stop him from growing up. That’s something I have had to come to terms with as a parent and as a human being .. and I am on the journey.

I’ve been getting a lot of creative inspiration lately. Putting away and sorting through my things has caused me to run into half finished projects, or materials that were bought for a reason when I got them. I’ve been organizing and that has gotten the creative juices running again. I am hoping to create a piece or two in the next days running up to the end of the year. That might get things rolling in that department, much as I’ve been writing more here. I am excited about 2023 and all that it promises. Meanwhile, time to get ready for the holidays..

Can you believe Christmas is just days away? 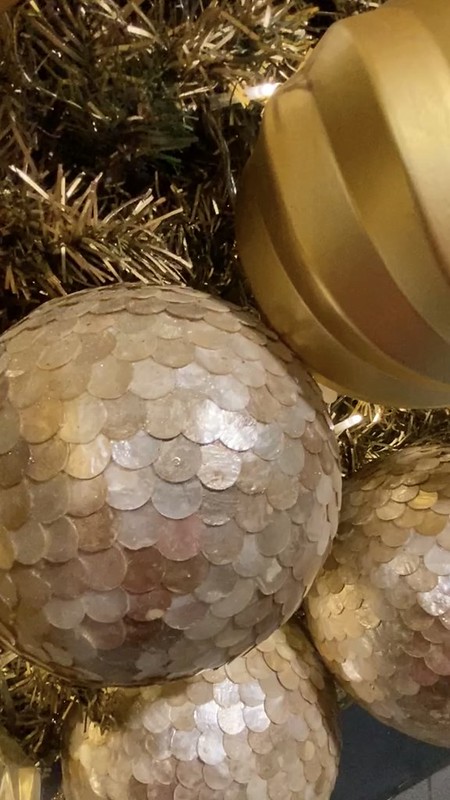