Every year, I begin a list of things I hope to accomplish or do in the the coming year, with periodic updates in between. So today I was looking for “22 for 2022,” and I couldn’t find it. I could’ve sworn I would have a draft at least, but even that eluded me. Wow.

The last year seems to have breezed by not just quickly, but unremarkably. How could I have skipped that altogether! It doesn’t help that I cannot seem to get WordPress to load properly on the laptop, and midweek next week when I return to the city might end up a tad too late.

So here I am tapping away on my phone, in the app. I want to write a post to end the year right, and hopefully begin the next properly.

I don’t have a new year’s eve party to host or go to— my left hand still has 4 fingers elegantly bandaged after I had a cooking mishap last Wednesday. I purposely chose to stay home and just greet 2023 quietly. (The son is with his dad but will be with me tomorrow.). I wasn’t that excited about the new year in the weeks leading up to it, so much so, that I just made my dinner reservation for tomorrow with the son, before I started this post. And I’m still iffy about the steakhouse I chose.

I saw a blanket of fog outside when I picked up two deliveries that came in the afternoon. I was almost tempted to grab the phone and walk around to take some footage, but the prospect of dressing up in the heavy and puffy winter coat and donning the boots was enough to convince me to stay put. I told myself, I had more than enough footage I still need to edit to bother with adding more.

I am too lazy to cook so I ordered some Thai food from a neighborhood reliable. It’s been a while since I ordered out— mealtimes have been simpler since the son went off to college, but I’ve been cooking since he returned for the winter break 2 weeks ago. I thought I’d celebrate the year’s end with a dinner treat to maybe inspire more writing. My planned videos for this weekend were all thwarted by the cooking accident, and the only thing that shows promise is maybe, the podcast.

Yes, I’m finally pushing through with the plan, but kicking off the effort with an audio version of the posts I write here. The idea for the podcast had come together during the pandemic, and I regret how I’ve sat on it for the longest time. The avatar, show title (Conversations with Pinay New Yorker) and the intro and extro soundtrack had long been available and set. And now I’m seriously rethinking the title given what I am planning to do. Shall I shift to “PinayNewYorker says”..? Should I change that to “Just thinking online,” a category that I use here on the blog, or should I stick with the original title?

I’ll give myself the first week to decide. This might yet end up the first episode of the podcast. Meanwhile, I hope that we all have an even better 2023 ahead, whatever our plans and dreams may be. 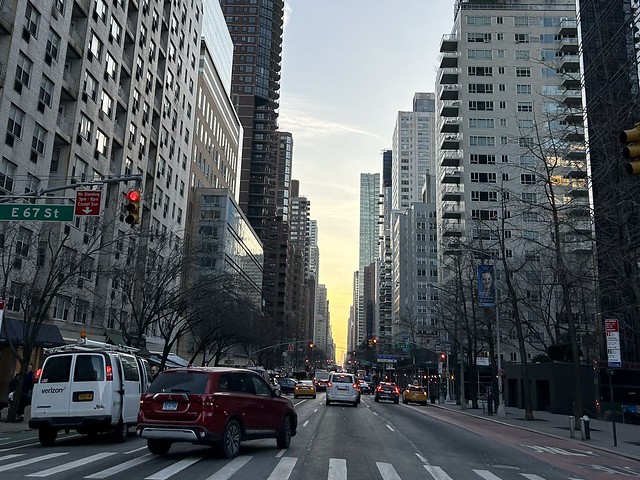