I had long ago resolved not to make excuses for not being able to deliver.  I used to be so hard on myself that I refused to swear or make promises I knew I would have a hard time keeping.  So I tried, and I learned along the way.  Just days to the weekend and the end of 2016, here’s the final tally before I put up 17 in 2017.

I did find it useful to have this list of goals to guide me through the year, and while I did not accomplish much from the list, there were a lot of other things that I managed to chalk up as a point towards doing something.  I wouldn’t consider the list a total failure.  On the contrary, it was a good list to go by, and to aim for, and I’m pretty happy with that.

1. Read six books. How many books did I actually manage to read?  One.  And even if I’m kind of embarrassed to admit it, I’m actually still not quite finished reading it yet.  (Oops.)  I owe five more on this, but I will stick with 6… who knows? 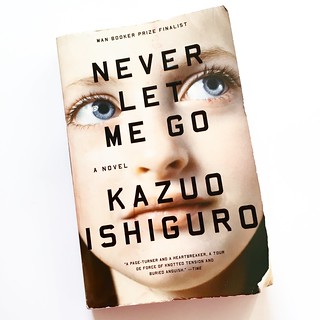 At least the good news is that I’m still reading and that I managed to chalk up at least one book.  I have a half dozen others lined up, so all hope is not lost.  And yes, this makes it back on the next list, and I’m sticking with 6 again.  I am always optimistic that I will find the time to get to my book pile and actually get my reading list going.

It’s not even about getting more books because I do have the books!  It’s more about finding the time and the energy to constantly move from page to page and chapter to chapter, and hopefully eventually, from book to book.

2. Plan my trip to Boston. While I had started the year thinking I’d do my first trip alone to Boston, a bigger trip actually took its place with my first ever solo vacation to meet up with BFF Donna and her family in Fiji, so I guess you can say I just went a notch higher with this one. 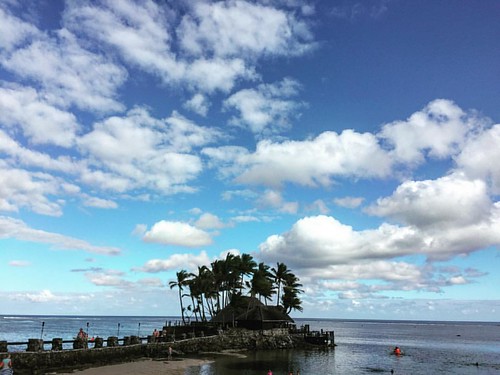 Traveling is something that I wish I could do more.  But when you think about the cost and the effort in terms of setting aside time out of my vacation bank, it’s not an easy plan to execute.  Plus, there’s the problem of my little one.  (Well, not so little one anymore, but still..)  School calendars can be quite the challenge, even when I’m not taking him with me.  It means timing vacations so they don’t coincide with any major projects or tests.

On the drawing board is a similar plan towards the latter part of 2017, somewhere in the same direction, not necessarily heading home.  I’m thinking I will plan a day trip or two as well.

3. Learn something new via an actual class every quarter of 2016.  Two classes in two quarters.  Not bad.

So there was the beginner sewing class, followed by the intermediate sewing class, both at Mood University over at Mood Fabrics.  There is a third Advanced sewing class which I decided to forego because I wanted to create another coat, and maybe yet another, so I’m putting the next class on hold until maybe summer 2017. 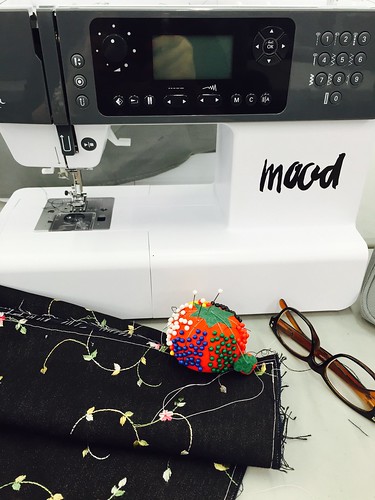 There is a lot beyond sewing that I want to get on with, so I’m hoping to make a more realistic goal of doing another two classes for the year, including perhaps a language class.  Maybe.

4.  Watch at least 1 concert. This was a little harder to pull off.  First, I completely forgot about it.  Secondly, I was torn between trying to organize something I can do with a friend (or two) or maybe, as one list suggested, do this on my own.  That should be an interesting option if I do go alone.  We’ll see.

5.  Go to the gym at least once a week — and maybe even earn a locker!  (Go 10x the previous month and you get YOUR OWN LOCKER the following month.) Epic fail.  And I won’t waste space or effort writing about this… (crawling away..)

Rather than bore you with the details of my perpetual dieting efforts, let me just say that I’m ending the year in not so bad a place — just where I started, at a good weight, but unable to lose further.

This time last year, I had gained at least 5 lbs from all the holiday bingeing.  (Not sure about the spelling.. but you know what I mean.)  I think I’ve managed to get a better grip on it because despite the parties and the cocktails and the occasional weight gain, I’ve managed to cut the gain before it went out of hand and work towards going back to my usual.

I’m there and hoping to push that further down, and who knows.  I might yet achieve this coming April what I had set out to do the previous one.

7. On positivity: Get the ball rolling on the Thank You Postcard Project. The greatest difficulty I had with this task is I have been unable to concretely define what it is that I want to do with it.  I had started the postcards, even carved out a site, but this was before I got heavily involved with Instagram, and I’m thinking now that I would want to keep that supported there instead.  Do I do a fundraiser?  Send out random postcards?  Set up trades?  I am hoping to finish figuring this one out the first quarter of the coming year and finally get it going.

8.  Find a rehearsal studio and actually spend an hour just touching the piano keys again. – I guess I just wasn’t too focused or keen on this, but it is still a thought in the corner of my mind.  I had even bought piano pieces.  Still a good goal to shoot for.. so let’s see.

9.  Work more earnestly on my craft blog.  – Considering the long haiatus that the blog had suffered from the last couple of years, I think I’ve done better in 2016, but hope to do better this coming year.  I am actually drafting a post as I’m writing this, and I’m actively crafting for personal use even if not for the shop.  The traffic on the site is still pretty sad, but I’m hoping to have that pick up with more relatable craft posts (do those even exist?) and better social media marketing.  (Effort is key.)

Unlike this site which is all about me, myself and I — the other site has a focus I need to better develop, and a media calendar will actually help.  I will also try to spotlight the many creative things I find myself doing throughout the year that are just ordinary but might be useful for others.  (i.e., recycling?  repurposing.)

10. Work on creating one piece every week, whether for sale in the shop, a gift for friends or to wear myself.  – I’d like to think that creating again has helped, but I’ve tended to go and sit for extended periods of time with longer lulls in between, and create maybe 3 to 5 pieces.  I’m also looking at the weekly goal as a tad too much pressure, so I’m trying to figure out a more reasonable calendar to go by.

11. Leave one pre-loved book out in the open once a month for someone else to enjoy/read.  – I have resolved to choose my 12 books for 2016, then leave them out in the open all together in January.  I might even incorporate a game of sorts into this by announcing on Instagram and Twitter, where the book will be.   It’s all about getting those books out there, instead of letting them accumulate dust in my shelf.  It’s even harder now that the shelf has been taken over by a geeky 12-year-old’s collection of action figures and graphic novels aka comic books.  I’m being edged out!

And here’s one for  you — you’d think I’m destashing so I wouldn’t be one to grab a book left out for others to take somewhere in the office — because I can’t even read the books I already have, but this was by a famous author so why leave it there?  (I know… maybe one or two of the three should go with the 12 that will hopefully find a home.)

12. Write one long hand letter or card every month. –  Again, the chance to make up for this one means 12 letters going out with my new year’s greeting card.  Need to list the 12, then write the 12 letters.

13.  Start a new Art Journal.  – While I had hoped to finish my art journal first, I think I have to earnestly work on beginning the next one soon.  I have learned from the previous book and have to go on a quest to find the right book that’s sewn together instead of glued together like the more modern hardbound books everywhere.  I wouldn’t mind something a bit bigger as well.  And of course, I need to bind the first book properly as it’s now busting out from the seams.

14. Destash: Give 5 items away from my current stash (clothes, books, art supplies, postcards) every month beginning March.  I had hoped to do better with this but have been so bad beyond one major destash when I went home to Manila (a lot of postcards and other ephemera found other homes..).  I refuse to count the preloved clothes and accessories that I had brought or sent to my family as well, because that’s something I do every year.

I think I have to start by identifying an initial list and making sure all that is given away.

15.  Write poetry again. – This was a big success personally, even if I ended up writing only one poem.  It was so deeply touching that I have chosen to keep it private for now.  But at least I can fearlessly proclaim that yes, I did it.

16.  Celebrate my birthday by doing 50 feel-good deeds.  So this is the reason I’m tagging myself a “golden girl”, because I truly am.  I am still in celebration mode and have actually had some measure of success with this particular part of list.  I am not sure that I can make an actual list of 50, but the deeds I have done in the name of that banner have been ongoing and will hopefully be something I will be happy with when 51 comes knocking in April.

It’s not really anything out of the ordinary, but I’ve made a point of trying to go the extra mile, and being conscious of doing something extra generous as I go about my day.  I’m going to tweak this a bit for 2017 and keep at it.

So there’s my 16 in 2016, and like I said at the beginning of the post, I’m pretty happy with where I landed.  It wasn’t so much that I was able to tick off a lot off of the list, but having the list and trying to work with it has taught me a lot of things about what I wanted to do and how far I’ve come.

More than resolutions, they were plain and simple goals that I set out to accomplish.  Watch out for the next one for 2017.  Happy new year!