I wrote this piece the first weekend of November as my son and I headed to Austin, while on the plane taking us there. As always, life took me over, and I’m at least three posts behind — all about this trip. It was a good way to go back to a semblance of normalcy after almost two years of being in the Covid bubble. 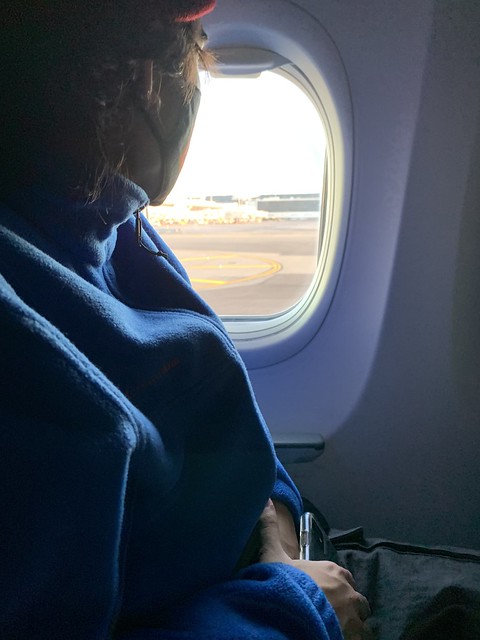 (November 6, Saturday) We’re two hours into our flight from New York to Austin, and while I am dying for some shut eye, I can’t sleep. I brought a magazine and a book to read, and a postcard swap list I need to work on over the weekend. I’ve so far read 2 articles in the magazine which is a feat — considering my magazines usually go unread. I read a couple of chapters of the book. I’ve checked the swap list and just need to send out the pairings. I will do that when I land or maybe when I return to New York.

We’re heading to Texas to attend a wedding on Monday. It’s a small party and I have known the groom since he was a baby. And the best part of it is, I have the 17 year old son with me. We are both sooooo excited!

It’s our first flight together since the pandemic began. The airport was abuzz with people and the lines were long but moving. American Airlines has a self check in system that is new to me, but I found it rather efficient. I have not flown domestically since 2012 when I went to a cousin’s wedding in Chicago. I was with the son then, as well.

Bag drop off was slow but it was tolerable. I maximized my one free bag and we carried the rest. We’re in Texas for only 4 days. One night will be in Austin the city, and the last two in Marble Falls where the reception will be held. I’m guessing it’s their version of Tagaytay or the Hamptons, so I’m looking forward to a bit of exploring. I had ordered a free copy of the Austin Visitor Guide which arrived in the nick of time. And I just remembered I left it at home, of course. 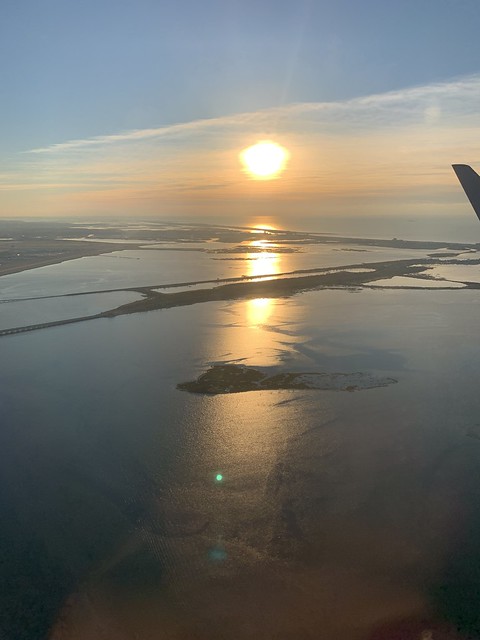 I thought I had my packing plan in place. Still, I ended up doing it the night before. I wanted to choose my outfits for the walk around town, but even that ended up being done last minute. The only thing that was predetermined was my outfit for the wedding. Dress, check. Shoes, check. Jacket for the Uber low temps of Austin nights, check. Sparkly gold bling platform peep toe slippers, check. Fancy satin scarf, check. Purse, check. The only thing I really bought for this wedding was the jacket and the purse. Everything else was already in my closet.

Just another one of the many things that made everything fall into place. I was meant to attend this wedding even if it was being held on a Monday, with the chapel and the reception an hour away from each other. How can I say no when the universe was screaming “Go!”

The flight was unbelievably reasonably priced. It was also relatively short so covid fears aside, I figured I’d survive wearing the mask for the three hours or so I’d be up in the air. Besides, I could always take a drink if I needed a break. (We were actually served snacks.). The hotel in the city was understandably pricey, but the hotel close to the reception (as recommended by the bride) was reasonable.. All systems go. It looks like the bigger chunk of the expense will be transportation between the city to the next town, and then to the chapel and the reception on the day of the wedding. I can take a local taxi for the reception back to the hotel, then one last big fare to the airport. See, I don’t drive. But figuring all that on Uber, car service, etc., vs. what I would’ve spent on a car rental, I’m not really off by much. (That’s me justifying to myself.).

The last plane ride I took was my Manila- Legazpi – Manila – Sydney Manila vacation in July of 2019. It feels like a lifetime away, more so as the homesickness creeps up on me, followed by a deep frustration over the quarantine requirements in Manila. I have stopped trying to look at what is possible in the near term. I am trying to assuage the pining for home by thinking of December 2022. That way, any opportunity to travel like this one, comes as a gift.

It seems that planning for a vacation to any other country or state is going to be easier, so trips like this one provide a welcome break from the cabin fever of covid.

The scene at the airport was almost normal in terms of the crowd, but most people were complying with fully wearing their masks— a mask was required everywhere. Some people took it off while waiting at the gate, and some had it over their mouth but not over third nose which I personally find so irritating. But on the plane itself, there was even an announcement to make sure to wear your mask even as you sleep so they wouldn’t have to wake you up. So far so good.. but then again, the flight is only half full. (I have situated myself in my own three seat row across from the son.)

(November 9, Tuesday) On the way home on a Tuesday evening flight from Austin to Néw York. The plane is barely half full. I tried to situate the son across the aisle in his own row, but he naughtily defied my seat plan. Yes, he’s next to me.

I am leaving Austin with happy memories of a vacation spent with my soon-to-be college boy. There was no ditching me to hang out with his friends this weekend. He was stuck with me. We tried some homegrown faves in the two places we visited, and the last meal we had in Marble Falls has changed the way he looks at barbecue ribs forever.

The wedding was heartwarming and touching. I am glad I decided to go and be there for the new Mr. and Mrs. Lim. I suddenly felt old as I realized how the baby now has a baby himself now, and was taking that big leap at his bit of forever.

As for me, I feel as though the universe just reminded me life goes on. And it did. And I’m glad I ventured out and took the chance to have a fun weekend with my boy. Happy memories aplenty!