I tried — rather unsuccessfully — to do another Daily Prompt post yesterday.  There are times when a topic appeals to me, but no matter how I try, I cannot pull a coherent post together.  For the most part, it’s because I kept trying to censor myself and not be too obvious.  And so I just gave up and decided all the subterfuge was defeating the very purpose of writing.  I don’t think that post will ever see the light of day.

My head is pounding and no amount of painkillers seem to be helping.  I’m buried in work and not even Robert Palmer seems to help.  He’s singing in the background on ultra-low volume, but I can hear the percussions very clearly.  (I still mourn his loss.)  I am almost counting the minutes to the time I can leave work, but the prospect of braving the cold makes me ambivalent about that.  Then again, it would be nice to take a nap between Manhattan and home..

When I can’t quite write longer than a paragraph or two on a Monday, I collate all those scattered thoughts into one single piece I’ve started calling Monday Musings.. here’s this week’s.

Cannelloni —  pray tell me, Jonathan, I don’t remember what that’s about.  Those who know me know Jonathan is my friend of thirty-something years from pre-law in UP Manila, and one of those who inspired me to pursue the dream of becoming a lawyer as he jumped into law school a year ahead of me.  He is also one of my dearest friends who knows me to the core, and is my personal attorney.  (Pro bono, or compensated with love and affection.)  I had copied a status thread where you were supposed to leave a comment if you were my friend and just one word — a single word – as to how we met.

Jonathan wrote “Cannelloni”.   It wasn’t so much what he wrote but that he wrote — and I felt the tears welling up.  I took a deep breath and just smiled.   I used to love Cannelloni — I believe from Angelino’s, a rather famous Italian restaurant in Makati and Greenhills from the 80s.  And I can’t remember, for the life of me, what one of my favorite dishes has to do with how he and I met.  We were from different cliques in the university but I ended up being the only girl in the group — everyone’s younger sister — the one who drank a soda whenever they ordered another round of beer.  I still can’t remember… (Note to self: Write and ask..) 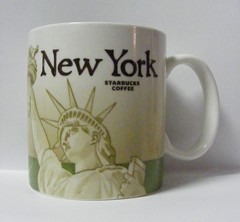 Starbucks mugs — to display or not to display..  I have been collecting Starbucks mugs (and only Starbucks, please) for 14 years now, and I have been meaning to re-arrange them and display them again.  (I just need to rewrap them in clear plastic to prevent them from collecting dust and grime.)  Events in the last 12 months had made me rethink that, almost to the point of making me think of packing them up and storing them away.  I don’t think it would be an exaggeration to say I’m maybe 20 mugs behind photographing the collection, but I never really stopped adding new ones.  And of course, friends who knew about my collection brought me additions to the set from places as far as Dubai and India, and Alan had brought me one from Jordan during the last business trip to Iran which, unfortunately, hasn’t been invaded by our favorite brew.  My siblings sent me Tagaytay and Cebu.  (And I think Bohol.. not sure..)  What to do..