I’ve been using the word “reboot” quite a lot lately.  Literally to refer to restarting things, do-overs, waking up.  Not too sure the latter works, but then it’s close enough.

Can you believe it’s 9 days to Christmas?  I haven’t quite finished my holiday shopping but the good thing is that I know what I want. Plus, there’s Amazon

.  Can’t go wrong with that, more so if you have a 10-year-old who knows what a wishlist on the site is and how to browse for the toys he wants.  Who am I to refuse the little tyke who knows which buttons to push when he needs something from (gullible) Mama, more so when it’s an app upgrade — he calls me and asks me in the sweetest voice, “How’s my deeeeelight?”

To which I reply, “Which app is it this time and how much?”  And he would break into naughty laughter.  That laughter and voice which are music to my ears.  And I melt and relent.. always.  No matter how I try to hold out, I end up giving in.  I’m trying to practice saying no, though.

I’ve always believed that Christmas is about children, and being that I only have one, it’s all about him.  I try to be reasonable about how much I give him, though.  Fortunately, he has a sense of moderation which helps keep us both from going over the edge with these purchases.  Where other children would grab all four choices when you ask them to pick, he would thoughtfully decide and choose only one.  Picking more than that would need a lot of convincing and will again be met with much deliberation, making sure he makes the better choice.

I’m lucky in that regard.

I’m pulling a few surprises for him this Christmas, and I’m hoping I can get those presents he didn’t ask for but which I know will make his eyes light up when he unwraps it come Christmas eve.

Thinking of his excitement about the holiday keeps me on my toes and inspires me all the more to make this holiday special for him.  And making it special for him is not all that difficult, because he is so easy to please.

Last year’s holidays were saved by his cheer and his innocent joy.  I looked at him and everything was okay again, at least in that moment when I held him in my gaze, and I was reminded about how he means the world to me.  No one could ever touch me more, as the song goes.

This year, I’m doing a holiday reboot.  I didn’t come around as quickly as I had hoped to — part of me is still hung over from the darkness of 2013.  Part of me is wary to put too much effort on our celebration this year.  But it’s hard not to be affected by his cheer and enthusiasm.

I’m trying to look at the holidays with happier eyes — his eyes.  I’m trying to bring the cheer back, finding things to be merry about this holiday season.  I put up the artificial tree we’ve had from around the time he was born, and he gamely decorated it with his Dad.  He wants to put up the Christmas cards we receive on our top stairwell as we had done in previous years.  I’m trying to make it special again so I can help him make happy memories.  I want him to open his presents, and look at me with eyes beaming, and I would know I have done right by him as his “delight”, his one true love, forever his “light” and never his “dark”. I should be so lucky — but no, it isn’t luck.. the truth of it is, I have been truly blessed. 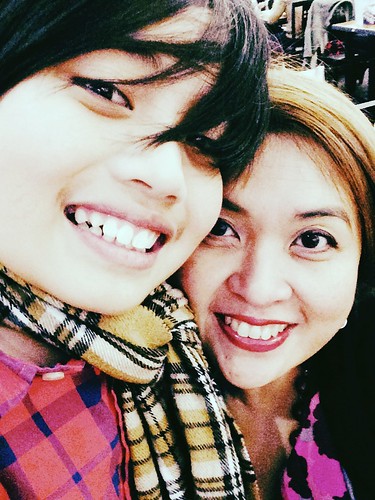