I had about a dozen ideas lighting up in my head between the last post on February 7 until today. I decided I would spend my lunch hour typing away as spontaneously as I can, even if I’m not too happy about the fact that I’m writing about my Monday Musings again.

While most of the workforce is enjoying a long weekend, I’m here with that half of corporate America that doesn’t observe President’s Day as a day off. Luckily, I remembered to check the bus website to track my ride and made it in time to catch an alternative route which involved a longer —- but very pleasant walk—- down Park Avenue. I wish I had more time to spare, though, as I was just so taken by the sculptures dotting the islands between 34th and 42nd before I ducked into Grand Central station. I have quite the 30-second clip to upload to my Tiktok account later, and I have already vowed to take a more leisurely stroll down the avenue to capture all of the sculptures. (I had to skip some to make time to say hello at my favorite Park Avenue Catholic Church on 38th). 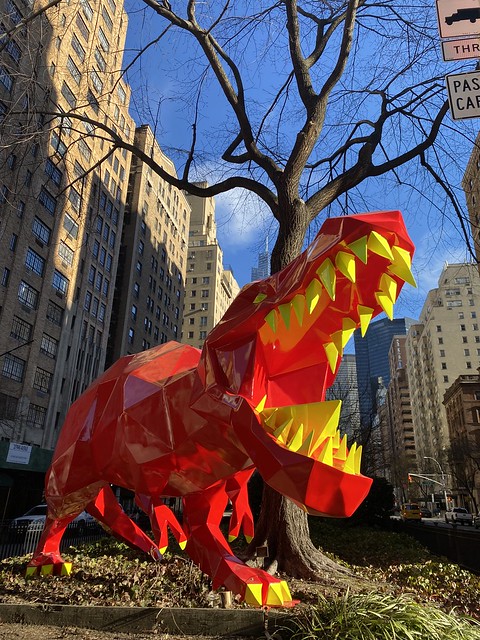 Kismet. Fate – or destiny.. or the universe speaking. Perhaps it’s simply age, but I’ve learned to be more accepting of what the universe lays on my feet. For example, if I am rushing out and find that I left something, I don’t fret about it or upset myself unnecessarily. I just say I wasn’t’ meant to be on that bus, or I have to be on the next one. Years ago, I would’ve run back to retrieve what I had left behind, and huffed and puffed my way to the bus stop to try to make the schedule work. Or I would be disappointed when something I thought would happen doesn’t happen. Just not meant to be – at least not yet, I tell myself. It leads to lesser and more manageable disappointment, if at all. And makes for a happier and less aggravated me. In no longer hold promises as a pact set in stone. It will come to be, in time.

My day in 30 seconds. Just as I blog for my own personal benefit (attempting to create a written journal to go back to at a later time), I’ve taken to summarizing my day in short clips I’ve been uploading to Tiktok. Why? Personally, it’s my way to appreciate or sum up the day. From my usual walk up to my perch in Midtown to maybe a lunch or dinner, a special project, or simply something that caught my eye on any given day – it’s a quick glimpse into what transpired. Those 3-second shots or longer clips actually serve a purpose and have a meaning only I really understand. It’s been fun trying to catch snippets of my day and weaving them together in such a short clip.

Palindrome Tuesday. Defined as “(a) word, phrase, sentence or number that reads the same backward or forward,” Tuesday, February 22, is a palindrome date. “2.22.22” backwards or forwards is the same. I participated in a group swap with the Philippine FB group and offered some to swap to a handful of others. I’ve slowed down considerably the last couple of weeks and have been doing other things. Time to start putting away the postcards? Not quite there yet, and don’t really intend to. 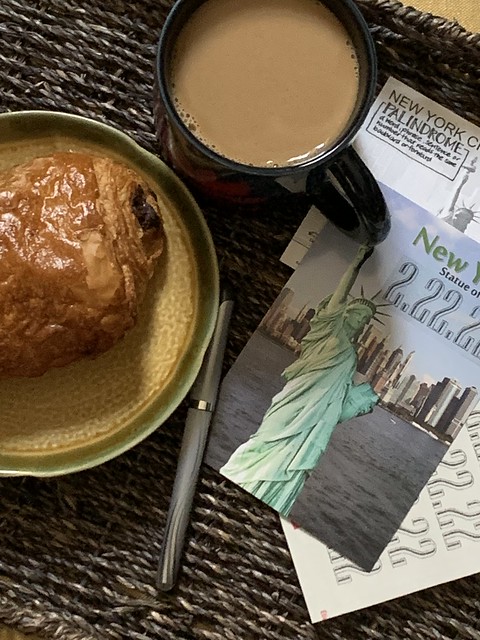 Sewing away. So the fabric has been cut, and I’m searching for my interfacing. I’m trying to get this project going so I can move to the next. I still haven’t quite decided on the lining but I know I have more than enough to choose from.

Where art thou, Spring? One of my favorite parts about winter is actually putting away the winter gear and storing them until next year. We are nowhere near that as temperatures over the weekend dipped to below freezing yet again. But there are warmer days up ahead, even if uncharacteristic of the season. I will take any warmer weather I can get until spring finally makes it here.