I woke up this morning to a few texts.. I replied and tried to savor sleeping in on a Saturday like I usually do. Sleep has been a luxury at my age— more so now that I’ve gotten back to work full time. Weekends are all about chilling and just lazing the days away… until Monday, that is.

Well, I have a long weekend to look forward to. No special plans really— except tonight’s Christmas Eve dinner with the son. I have him Christmas Eve and New Year’s Day. The latter can be a dinner some place outside.. tonight, I cook.

Christmas has always been my favorite holiday, but it doesn’t mean that I always greet it with guns blazing, all set and festive! I am still writing my Christmas cards and it’s Christmas Eve! I haven’t finished my window decorations which I am hoping to get done tonight. And the biggest blunder was that I forgot we had thrown away my old Christmas tree last year, with plans to buy a new one for this year. It was too late to order by the time I found myself remembering this while I was desperately turning the attic upside down, so I decided to use what was a lit up twig tree I nestled on the bigger window in previous years. It actually worked out great, but now I have no use for two sets of white Christmas lights I meant to use on my former tree. (I am torn between returning them and just keeping them for next year..)

Christmas dinner isn’t a big production, because the carnivore in the son and I means a steak dinner usually seals the deal. I order a standing rib roast good for a full table, and just keep the half that remains for the intervening week between Christmas and new year. Our sides are pretty predictable as he prefers his corn and his rice, and I make a Brussels sprouts side. I am just glad he’s home.

I did the customary Christmas family Facebook chat after midnight and caught up with the siblings. I miss Christmases back home but that has been tough to pull off given the cost of travel post pandemic. I really only managed the November trip home because of a fare sale that I caught sometime during the middle of the year. That was a lucky break for me, given that flight schedules are nowhere near normal as yet, making the fares still a bit on the high side. So I’m happy spending Christmas on this side of the world.

It’s not quite the same— spending Christmas here and Christmas back home, that is. But Christmas here has improved from the two christmases before it. The throng of tourists are back— almost to normal levels. You can feel the spirit of New York coming alive again with the festive air everywhere. I actually don’t mind the crowds as much as I used to— maybe because they give me the sense that we are back — or almost back— to where we used to be.

That really isn’t such a bad thought— considering we diverted to different routines and had to adapt to the demands of the pandemic. Last year, people crowded the urgent care centers and testing booths to get tested before heading home. Lines wrapped around corners and people waited their turn. I haven’t seen the lines. Perhaps we have let our guard down with a false sense of security, thinking the vaccines and boosters are all we need. There is that sense of complacency that even I am guilty of.

We celebrate the holidays in the ways we are used to. And I know not everyone chooses to celebrate — we all have our own faith that guides us during these times. I’m winding down Christmas Eve with a happy thought. I celebrated with the ones who matter the most to me, and for that, I am grateful. 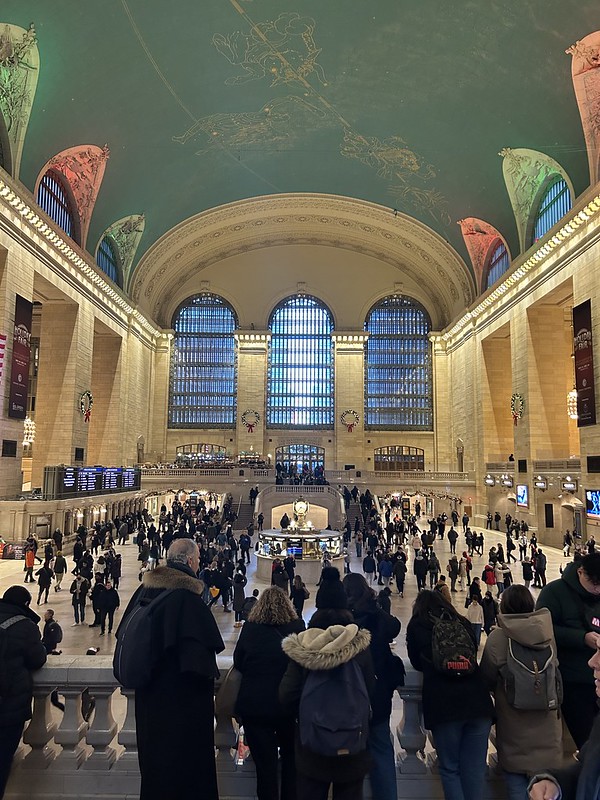